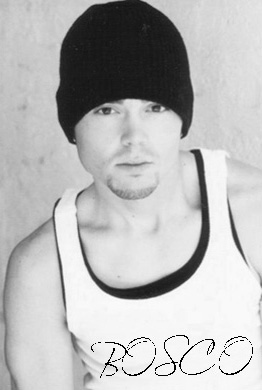 Bosco is a man of many talents. He is accomplished in hip hop, jazz, ballet, modern and tap. BOSCO has performed live for the NBA, Pony, Adidas, Nike, Sony/BMG, Great Clips, L’Oreal, and the Minnesota Timberwolves basketball team. He’s danced in the feature films You Got Served and The Seat Filler. Bosco added acting to his resume in the motion picture Dirty Deeds, and also acted in Green Day’s video Boulevard of Broken Dreams. He has been the assistant choreographer to Tyra Banks, Kelly Rowland of Destiny’s Child, and has co-choreographed a live stage show for Aveda. We’ve seen him on television on episodes of My Wife and Kids, America’s Next Top Model, and the 2006 Miss Universe Pageant. He appeared in a commercial for the I Pod Shuffle, and a print/TV advertisement for the 2006 season of American Idol. Most recently, he performed in Chelo’s new video Yummy featuring Too $hort, and Ashley Tisdale’s breakout video, He Said, She Said. Bosco has taught at conventions, numerous studios, judged at competitions, and set choreography all across the United States.