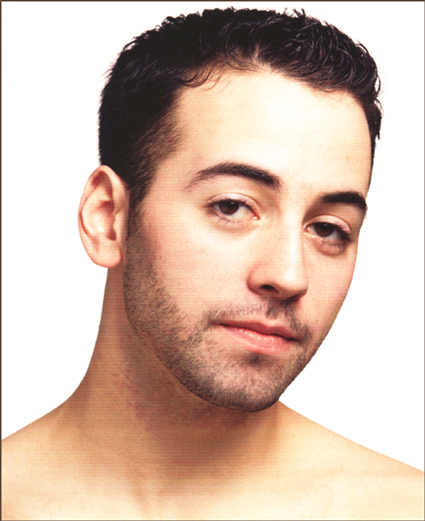 Nick began taking dance classes at Northland School of Dance at the age of 3, and began competing at the age of 4 as Rico Suave in a Jazz number, and as Robin Hood in a Tap routine. He continued at Northland for 14 more years until 11th grade when he secured a full time company position with the Minnesota Dance Theatre under the direction of Lise Houlton. He spent two years with the company and two summers at Julliard before graduating from Champlin Park Senior High School in 2006.

He moved to New York City to attend college after being accepted into the Tisch School of Arts at NYU (New York University). While attending school, Nick spent a semester in Australia studying at the Salzburg Experimental Academy of Dance and also performed with Cherylyn Lavagnino Dance, GERALDCASELDANCE, Gus Solomons, Sidra Bell and John-Mark Owen. After graduating college in May of 2009 with a BFA in Dance, Nick secured a position with the Trisha Brown Dance Company based in New York, and is currently touring in Europe.

Nick enjoys playing fantasy football, is addicted to the television series Dexter, and loves to spend time with friends – especially girlfriend Michelle. He looks forward to his visits to Minnesota and will always be grateful to Northland, where it all started with a ‘brush-brush-stamp’!

Northland School of Dance is an award winning dance studio in Champlin, MN, offering a wide variety of dance instruction from dedicated and professionally trained teachers.

At NSOD, my daughter not only gets training from the most reputable and talented instructors, she also has created friendships, learns responsibility and respect, builds her confidence, and is taught the finest form of sportsmanship. I appreciate the friendly atmosphere, strong family values, volunteerism of the studio, and pride they have in each and every student."