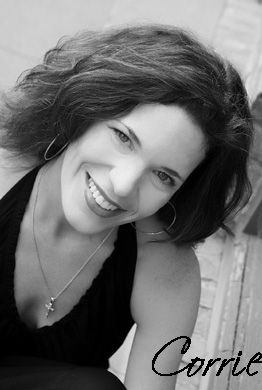 CORRIE ROLF DUNN, teacher/choreographer, grew up under the tutelage of Teresa Rolf and is now in partnership with her at Northland School of Dance in Champlin, MN. She has a background in Ballet, Jazz, Tap, Lyrical, Musical Theater, Hip Hop, Contemporary, and Gymnastics. She studied with many professional dance organizations, i.e. Tremaine, Steps, Broadway Dance Center, Dupree, Edge. Corrie’s voice training was directed by Mary Ann Wells, and her theater training was with Creative Acting Company, both out of New York. She is certified in Tap, Jazz, Ballet, Anatomy, and Music.

Corrie has appeared in several commercials, print, and industrials, as well as several theater productions. She has performed in many ballets including Don Quixote, Paquita, Nutcracker with the Pacific Northwest Ballet Company, and was a chosen performer for Fantasia in Disneyland. She also appeared in the MTV videos “So Hot”, and “China Fever”. She is proud to have worked with the Special Olympics, the MN North Stars Dance Team, the Marcus Knight 1992 Tour, Super Bowl XXVlll half-time with Gloria Estefan, and has performed and choreographed at Olympic venues in Atlanta 1996, Australia 2000, Tanszommer in Austria 2006, and London 2012. She has worked with Razzle Dazzle Productions in Minneapolis, and Premier Productions in New York City. Additionally, she choreographed for a Johnathan Taylor Thomas movie, and the Audrey Hepburn Children’s Benefit in NYC.

Corrie’s teaching background includes teaching & choreographing in California, Minnesota, New Jersey, New York, Canada, Florida, touring with Dance Olympus, and she continues today teaching Master Classes around the country. Her credentials and expertise have put her in demand as a judge and teacher for many organizations. Her choreography and students have won numerous awards from coast to coast, and many of her students have gone on to dance in Broadway Productions, TV commercials, movies, The Latin Music Awards, various dance, theatre, and ballet Companies around the world including NYC, LA, Sweden, as well as many successful teaching careers.

Corrie has so much love and compassion for her students, it brings her so much joy to give back to her students what God has blessed her with in her life.