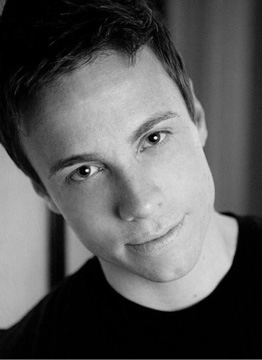 Danny is originally from Northern California, now living in NYC. At 18, he performed with the Vegas company of “Tap Dogs” and later toured with the show throughout Germany, Paris, and Asia. He has been featured in the film “America’s Sweethearts” (with Julia Roberts), numerous industrials (Coca Cola, Audi, and Compaq), as well as an opening act for Leann Rimes.

He has been on faculty at both Broadway Dance Center and Steps in NYC. Danny has choreographed shows for companies such as Little Tykes, Footlocker, and Discover Card, as well as an equity production of “Funny Girl” in NC. He co-wrote /choreographed/directed an original dance musical entitled, “At the Diner”, featured at the International Dance Festival in NYC. Danny co-directs a project entitled “TAP the MAP”, where he and two friends drive around the country, hosting “in studio” tap workshops with the hope of keeping the art tap dance alive and thriving. He recently became a member of Brenda Bufalino’s “New” Tap Orchestra and will be performing at Lincoln Center and Symphony Space this summer as part of NYC’s Tap City Festival!