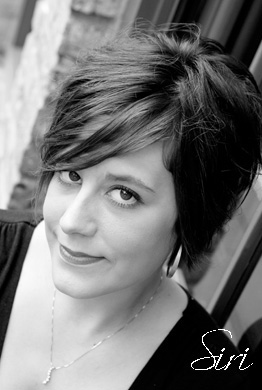 Siri started dancing at the age of four at Stacy’s Dance Studio in Elk River, MN. At age five she became a student at Northland until graduating high school in 2001 from the Senior company.

She attended the University of Nevada Las Vegas under scholarship where she received her BFA in dance. Siri performed at the 2000 Australia Olympics, the Edenborough Fringe Festival in Scotland directed by Kari Margolis, Barcelona & Madrid Spain, as well as traveling around the country as Corrie’s assistant when still at Northland. She has taught master classes in the Twin Cities as well as for Nevada Ballet Theatre & University of Nevada Las Vegas.

Currently she is pursuing a career in teaching Pilates and auditioning in the Twin Cities. Siri has a background in Jazz, Tap, Ballet, Modern, Musical Theatre, Hip Hop, Physical Theatre and Theatre. While in Las Vegas she choreographed for UNLV musicals & acted as a movement director alongside of former Broadway directors Glen Casale & Jerry Crawford. Siri studied for a month in L.A. on scholarship from LA Dance Force. She has performed with Erik Hawkins Dance Project out of New York and the Artist Director Katherine Duke. She has danced for Dancers Responding to aids benefits in Las Vegas with Desert Dance ensembles.